A team of volunteers from the Caribbean Cement Company Ltd worked along with staff of the Rollington Town Fire station to give the front of the premises a facelift. This was the first of two phases of a special project to be completed at the station this year. The Rollington Town Fire station serves the community in which the company’s Rockfort plant is located. While the team was working in Kingston, another team, led by Cemex Jamaica was effecting repairs to the Angle Fame Basic School in Clarendon. These projects were part of the company’s Labour Day programme which included donations of almost 3000 bags of cement to more than 50 projects across 11 parishes. Peter Donkersloot, General Manager at Carib Cement participated in the painting at Rockfort and also visited other project sites. At the Camperdown High School in East Kingston he joined in the placement of a plaque to commemorate Carib Cement’s donation of a wall to the school on Labour Day 2017. He later visited the project at the NWC Basic School in Papine where project manager, Paulton Gordon, Director of Community Relations at the University of Technology, showed him how Carib Cement’s donation was being used to create a sidewalk which will provide safer access to the school for both the students and their parents. Klao Bell-Lewis, Community Outreach Manager attended the National Labour Day Project at the Papine High School. 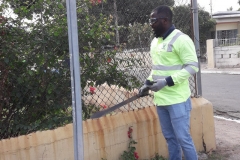 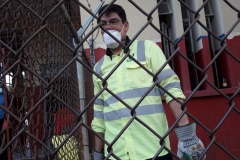 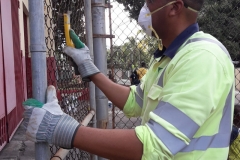 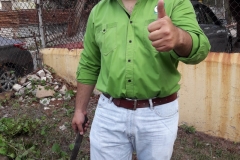 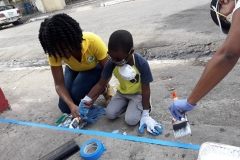 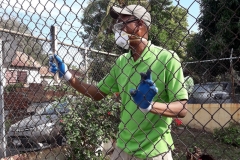 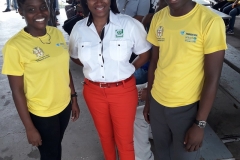 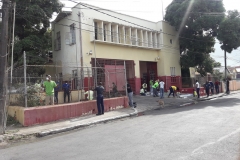 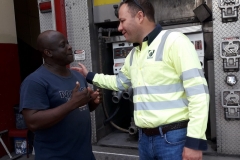 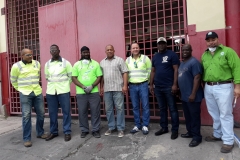 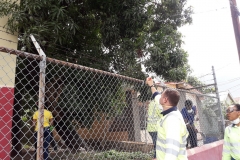 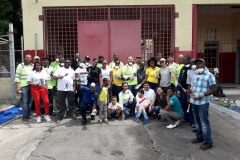 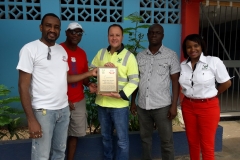 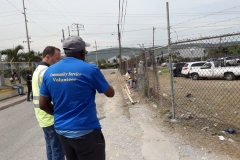 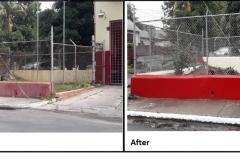 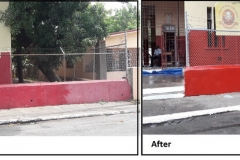