“We are what we repeatedly do. Excellence, then, is not an act, but a habit,” is a quote said to be attributed to famed Greek philosopher, Aristotle, but one that Shaquina Francis embodies in her daily life.

Francis, a 29-year-old quality specialist at the Rockfort-based Caribbean Cement Company Limited used this commitment to excellence and was promoted from a technician in 2018 to a trainee quality coordinator in 2020 and then to her current role.

“Working in this company has allowed me to grow both professionally and personally as each day presents different learning experiences which challenges me to expand and extend my capabilities,” she explained.

The St. Elizabeth native, who hails from the farming community of Comma Pen in the ‘bread basket parish’, is a self-described tomboy and product of the halls of the Bishop Gibson High School in the neighbouring parish of Manchester.

She is one of three women of a total of 26 persons working in the predominantly male-dominated quality, quarry, and environment department at the island’s sole cement producer.

Francis, who leads a team of individuals, also relies on her commitment to excellence to ensure that good quality material from the quarry are in the right amounts when making the cement and that the high standard that characterizes the Caribbean Cement brand adheres to certain chemistry specifications before reaching the public as bagged cement.

But Francis, who holds a Bachelor of Science in Applied Chemistry with a minor in food processing from the Mona Campus of the University of the West Indies (UWI), is quick to point out that she initially had a deep commitment to pursuing medicine. However, that soon quickly changed.

“Eventually though, while at UWI, I developed this passion for industry or manufacturing and I fell in love with the idea of having to wear boots and hard hats and to solve industrial problems,” she said.

As the world observes March 8 as International Women’s Day, and with four years’ experience under her belt at Carib Cement and among the few women in her department, Francis believes that the time is right for more women to venture into industry or manufacturing and assert themselves as leaders in the field.

“The manufacturing industry is historically a male-dominated one. Caribbean Cement is no exception. However, the roles within the industry are not gender specific, therefore more women undertaking roles in this industry are needed, especially in leadership roles,” she pointed out.
“This will demonstrate a forward movement against the historical norm, bridging the gap towards gender equality in the work environment,” she continued.

Francis is also using the opportunity to encourage women to continue being resilient and embrace challenges.

“Learn from all your experiences and never be afraid to ask for help. Ensure that you also take time out for yourselves and continue to be the nurturing warriors you are,” she charged. 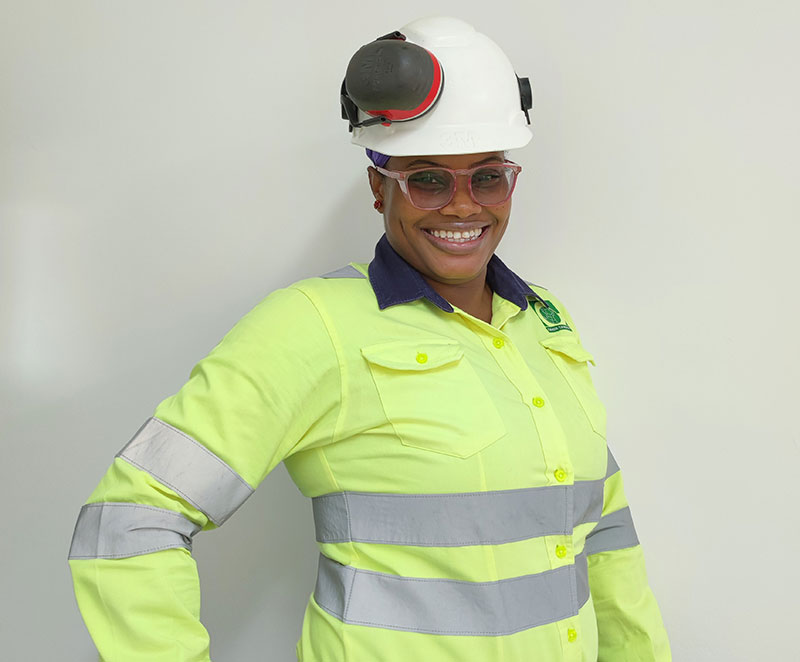